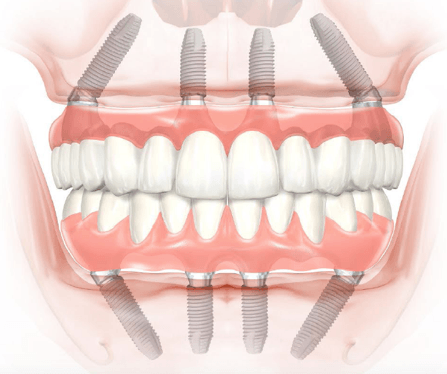 In the United States, millions of people have lost at least one permanent tooth. More than thirty million people have lost all of the teeth in their upper and/or lower jaws. Tooth loss begins relatively early. Almost 70% of adults 35-44 are missing one or more permanent teeth as a result of gum disease, decay, or traumatic event. Among adults 74 and older, 26% are missing all of their permanent teeth. Many have chosen to replace those teeth with implants. The market for implants in the U.S. is approximately $1.1 billion.

Approximately 13% of people receiving implants are between the ages of 65 and 74. The number of dental implants has been increasing since 1999. From 2019 to 2020, the procedure increased 6.3%. Between 2020 and 2026, it’s expected to increase by 23%. The volume of premium implants will decrease in favor of value-priced implants by 2025. Bone grafts are an important part of the process yet, of the more than 150,000 general dentists, fewer than 30% are trained to do the procedure.

The average success of a dental implant procedure is 97%. The global market is expected to achieve an annual valuation of almost eight billion by 2024. Adults in America, between the ages of 20 and 34, have an average of 26.9 teeth. Those between 35 and 49 have an average of 25 teeth while people between 50 and 64 have approximately 22.3 teeth on average. Tooth loss is the primary reason people take advantage of tooth implants.

More than 120 million people in America have lost one or more teeth. That number may rise to as many as 200 million Americans within the next 15 years. Approximately 36 million Americans have lost all of their teeth while adults aged 20-34 have lost at least one permanent tooth. Twenty percent of adults aged 65 or older have no remaining permanent teeth. Adults older than 74 are two times more likely to have lost all their teeth than people between the ages of 65 and 74. Adults between the ages of 65 and 74 experienced the largest increase in dental implant procedures.

By 2024, it’s estimated that the market for dental implants should reach $6.82 billion. Titanium is used in 92.45% of the procedures because of how well it works with existing bone. Zirconia implants are projected to record the highest CAGR of 8% through the forecast period. This ceramic material reduces infection because it isn’t corrosive, is non-allergic, and inert. A drawback to zirconia implants is that they are one piece and prohibit tooth flexibility. Greater than 15 million Americans have selected a bridge or crown to replace a missing tooth. A single implant costs between $1,500 and $6,000. Replacing all the permanent teeth with dental implants can cost between $7,000 and $90,000 depending on the type of procedure performed. More than half a million dental implants are performed each year.

Greater than 35 million American citizens have lost all the teeth in one or both jaws. In fact, approximately 15 million are missing consecutive teeth requiring a dental bridge. Almost 70% of Americans from 35 to 44 years of age are missing one permanent tooth. Upon reaching the age of 74, 26% of all adults will be missing all of their permanent teeth. Accordingly, approximately three million American citizens have replaced at least one missing tooth with a dental implant. The U.S. market for dental implants was about $1.4 billion in 2015. By 2018, the total dental prosthetic and implant market in the U.S. is expected to reach $6.4 billion. Dental implant procedures are successful approximately 98% of the time while dental crowns are only 50% to 80% successful over a decade. Implants can last a lifetime. The healthy teeth used to support a traditional bridges fail at a rate of about 30% in the five to seven years following the introduction of the bridge.